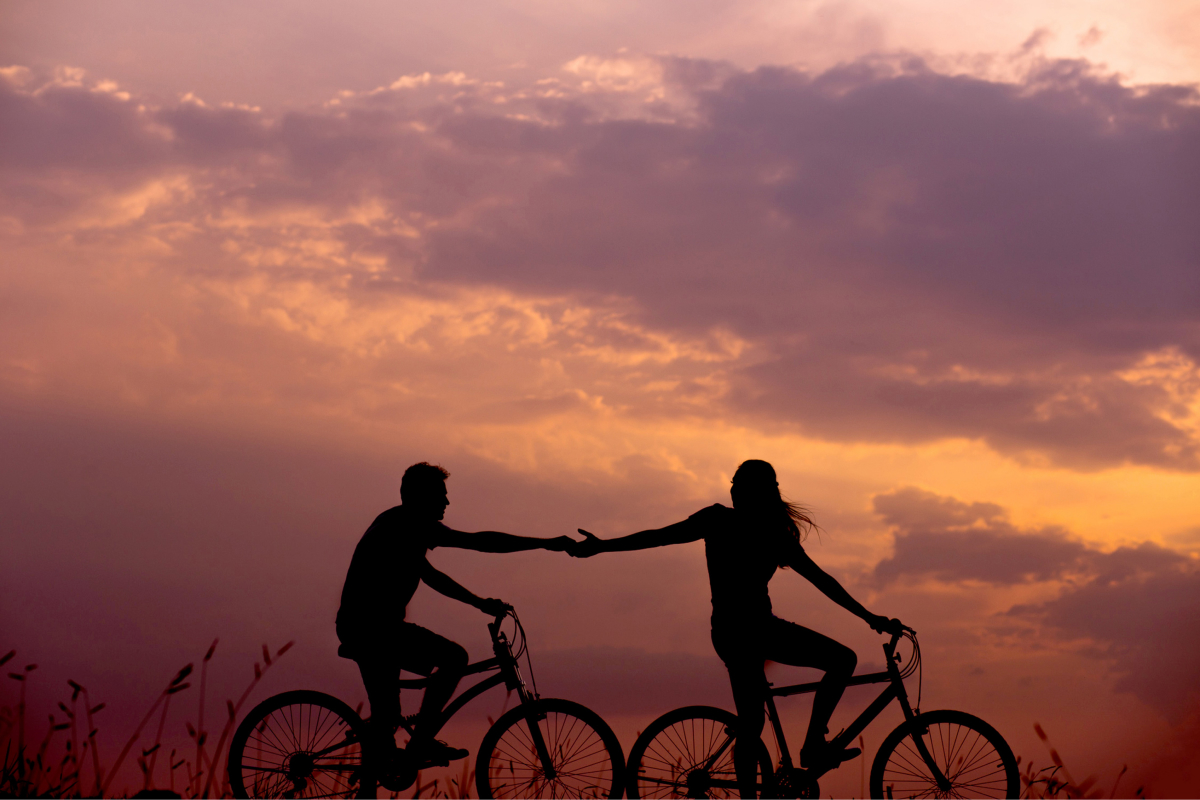 My wife and I both grew up with humble beginnings in single-parent households. At a certain age, you begin to understand where your family falls financially in society. We both eventually realized that while we did have what we needed, we could look back and consider ourselves on the poorer side. My wife and I have been together since 2007 and once we got married in 2015 we saw we didn’t have the financial structure or literacy that we wanted and needed for our future. When I joined Chick-fil-A corporate, I had a leap in income but no leap in savings. Chick-fil-A strongly values good financial stewardship, but we did not feel like we were being great stewards. We wanted that, but we didn’t know where to begin. We had a budget that exceeded our income and we weren’t saving what we needed to. Jim was also working for Chick-fil-A corporate at the time, and we were able to have a few conversations with him that became the start of some true financial structure for us. This got us started on the right path. The book, The Truth About Money Lies, helped us realize many mistakes we were making based on what we had learned from our parents. In our second year of marriage, we really buckled down and began to live more frugally. We spent less and said no to certain things. A few years later, I got a big promotion and we made more in one month than we had made the entire year before. Thankfully, since we had already established a solid financial foundation, we were able to steward this increase well and not fall into overspending like we might have in the past. We basically just enjoyed eating out a little more! My wife worked as well, and we chose to live off her income and save most of the rest. After this financial transition, we began to realize that while we were saving money, we hadn’t moved into a place to let our money make money for us. Our money was growing at 2% interest in our savings account, which was great, but I knew it could be growing more. We attempted to work with a financial advisor but we didn’t find the relationship component we were looking for. We wanted whoever handled our finances to care about us as a whole, and not just feel like a client. Then we realized Jim had branched out and opened a financial firm with Daniel, specializing in Chick-fil-A employees. Because he was the one who originally helped us get our footing, it felt natural for us to connect with him. In the last 6-9 months, I can say with confidence that our relationship with Jim and Daniel has become authentic and reciprocal. Open communication has been a big part of developing that. He and his team have made themselves available in a very personable way. They have also been very intentional about learning what we value financially and the goals we have for the future. The team is committed to maximizing and protecting our income so we can move towards these future plans. We are about 2.5 years into our major income increase, and I am comfortable with the course we are now on, thanks to Jim and his team. We now feel like we are stewarding our money well and are happy to be connected with Pandowealth as we continue to invest in our financial future.

* All testimonials have been provided by real, current clients. No client was compensated for providing these testimonials. Pandowealth. LLC gained each client's permission to publish their testimonial.

"Pandowealth understood the importance of generosity and not just building a solo financial kingdom. "

This couple were already good stewards of their money—they just needed a little help getting to the finish line.

Casey wanted help with finding his best Chick-fil-a 401k option, and with setting his team up for retirement success.

Spread the wealth to your inbox

Subscribe to receive communication from us and our movement towards purposeful living and giving!

Thanks for subscribing!
Oops! Something went wrong while submitting the form.